Tesco home shopping on an iPad?

Today we met with the designers who are building our grocery mobile apps so we could review progress and think about what we wanted to do over the coming year.

They brought two iPads with them.
On one iPad they had a mock-up of Tesco grocery shopping on it.
On the other they had their presentation. 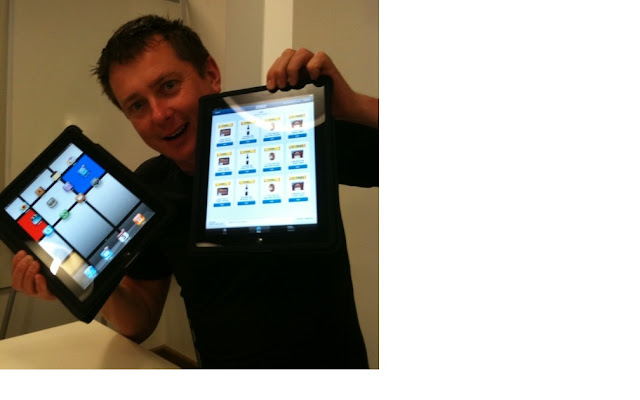 Don’t take anything away from the design on the iPad above – it was just to prove the point. An iPad grocery home shopping design surely deserves an sumptuous interface – a beautifully imagined virtual store with shelves on which the products sit:
The wine aisle could consist of wooden shelves with occasional bottle-boxes and the sense of a cellar back wall.
The bread aisle could have the bread products on flour-dusty shelves with the sense of sails passing a window in the background as the brain perceives the inside of an olde windmill. I’m even hearing Windy Miller’s Windmill sound effect… (link goes to “Oatso Simple” ad with Windy Miller and the sound of hiswindmill in the background).

See what I mean? That’s what an iPad does to the imagination. If I can be turned from mildly sceptical to moderately enthusiastic in the time period of a single meeting, imagine what we could do with the Leadership team’s enthusiasm levels.

So now I think I better spend R&D budget on an iPad after all.

It a was good meeting.

© 2016 All Rights Reserved | Powered by Wordpress | Made with ❤ by Themely